Tara’s home town of Tacoma is bombarded with snow right now. It doesn’t happen very often and may in fact be the worst snow storm in over a decade! Here in Halifax the temperatures are dipping into the single digits on a daily basis.

Let’s face it people: it’s cold out there!

Nothing is better than a hot bowl of soup to take the chill off the bones and put a smile on the faces of everyone around. The vegetable lentil soup has been perfect way for us to beat the cold and because we made so much we were able to freeze the left overs for the days we just couldn’t leave the house (Tara is kind of weather whimp).

The original recipe was found over at Foods For Long Life and as always we changed it up a bit and made more than what the recipe called for so that we would have lots to freeze.

This one is pretty simple!

Cut up those beautiful vegetables: 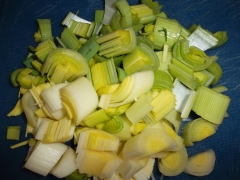 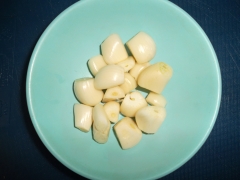 – Side Note: If you’ve never used a Leek before, it’s very important to clean properly. Here is a video on how to clean your Leek

In a large soup pot, heat olive oil and saute for about 8 minutes. 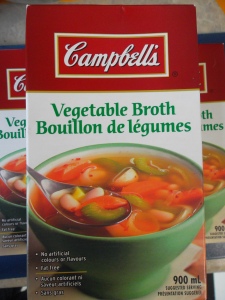 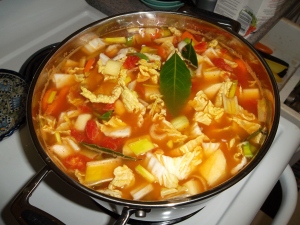 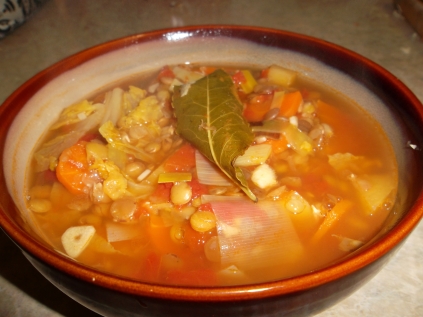 – Side note: The bay leaf above was just for photographic purposes. Do not eat the bay leaf.

This is another one of those recipes where you get to use your imagination when choosing your vegetables. The base is Lentils. Add whatever your heart desires. Add a nice sausage too if you want. It’s your soup!! We’ve eaten this several times (this made A LOT of soup) and if you ask us, it got better each time.